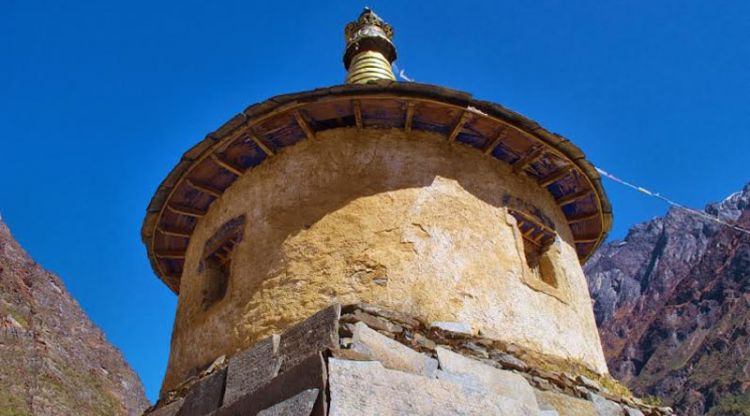 Most Attraction of the trek :Tibetan life style and the mystic Landscape

Opened as recently as 2007, Tsum valley is another Trans Himalayan region situated in Gorkha, Nepal. Tsum Valley is often believed to be abode of the legendary, elusive Yeti. Many expeditions into the region have been led by international explorers in search of Yeti.

It was also in Tsum Valley where the Buddhist saint Milarepa is said to have spent many years meditating in cave in surrounding mountains. For Buddhists, Tsum Valley remains a sacred pilgrimage site.

In Tibetan-Tamang language, Tsum or  "Tsombo" means vivid. The Tsum valley adorned with artistic chortens and colorful Mani walls as well as mural portrais of deities and stone-inscription of prayers.


View on google map
Book This Trip Contact Us